Get A Call Back Now

What is a Public Limited Company?

Public Limited company is an association formed by a group of people and registered under The Ministry of Corporate Affairs, India. Generally, this form of company is chosen for attracting public funding and deposits or for having unlimited number of members. It is also known as publicly traded company, publicly held company, publicly listed company, or public limited company. Only a Public Company can list its securities (Except Debt Securities) on the Stock Exchange. Earlier there was a minimum requirement for Capital of Rs. 5 lakhs, however this limit was removed vide Companies (Amendment) Act, 2015 dated 29th May, 2015. 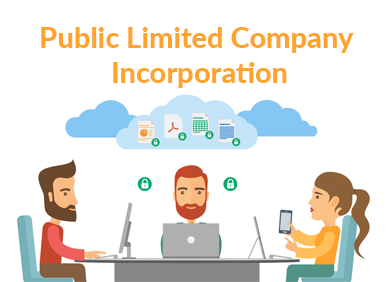 Characteristics of a Public Limited Company

Name of a Public Company shall be mandatorily end with “LIMITED” For exp. ABC Retails Limited.

Minimum 3 Directors are required for Incorporation of Public Limited Company. Maximum 15 directors can be appointed; however, this number can be increased by complying with the respective provisions of The Companies Act, 2013.

Initially, minimum 7 members are required to incorporate a Public Company. Further number of members can be unlimited.

No capital requirement is mentioned in the Act (The Companies Act, 2013) for incorporation, however SEBI Regulations are required to be fulfilled for listing its securities on the stock exchange, where required

Liability of shareholders is limited only up to the amount of shares subscribed by them. They are not liable for the debts of the company in case company are unable to pay its liabilities.

The shares of Public limited Company can be freely transferred and traded in the open market.

Ministry of Corporate Affairs, Registrar of Companies. If Listed, then, Securities and Exchange Board of India would be the regulatory authority.

A PLC has to mandatorily present its financial statement and position publicly to maintain transparency. The financial books and records of the firm are open to public, allowing everyone to see how much profit or loss the firm is making.

In order to incorporate A Public Limited Company, one has to follow the procedure given by The Ministry of Corporate Affairs in accordance with The Companies Act, 2013.

Huge Capital Infusement: Most important benefit for registering a Public limited Company is its ability to offer its shares to General Public for subscription. This also means widened shareholder base. Since anyone is able to invest their money in public Company the capital raised is generally higher than a private limited company.

We are a technology-driven platform, offering services that cover the legal needs of startups and established businesses. We offer a wide range of services to individuals, such as property agreements and tax filings.

All your private information is safe with us.

Past 4 Years, servicing many startups and enterprises of all size and scale.

Transparent pricing for all our services, our professional fee, government fee, and GST.

We give utmost importance in customer-business relationship.

For both the service providers & service receivers, always available to you through Chat, Email, Call. 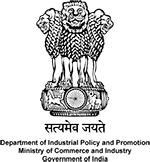